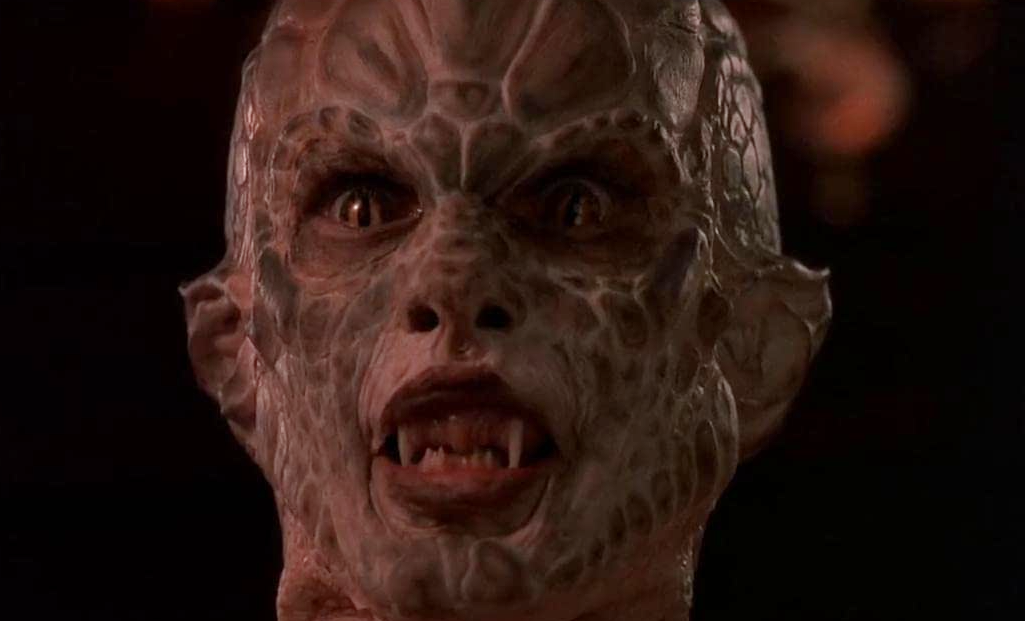 We doubt that the new movie Morbius will go down in cinematic history as a classic, but we’re hopeful that it starts an upswing in more vampire movies at the theater. Yes, you could argue that Midnight Mass is already a classic, but was that actually a vampire in that movie?

What we know for sure is film history is full of quality bloodsuckers so we’re just going to stick to the classics in the following listicle.

Vampires. I love them. Creatures of the night. The living dead. They can be sexy. They can also be disgusting. Twilight tried to ruin them, but history is stronger than just one teeny-bopper film series, and this list will prove that. Continuing with my Top 10 themed lists, (you can read the previous one here), welcome to my list of The Top 10 Vampire Movies of All Time. Oh, and don’t worry; you will never, ever, ever, see anything from Twilight make it onto any of my lists. Ever.

Kicking off this list, we have an awesome adaption of one of (if not the) best Stephen King adaptions. It was released as a TV mini-series before being put together for a full movie package. This was directed by Tobe Hooper, and, unfortunately, is nowhere near as gory or violent as previous offerings from him, but the creepy atmosphere and awesome make-up for the main vampire Barlow certainly makes up for it. Funny thing about that, actually; in the novel, Barlow is not depicted as the gruesome thing that we see in the movie and is actually very humanlike in appearance. Stephen King had no problem with this change and has gone on to give his approval of the movie.

Two men move next door to young Charlie Brewster, a horror fanatic (much like you and me). This is a horror movie, and therefore of course there’s something evil about them. As it turns out, they’re vampires! Charlie enlists the help of his favorite TV show host, Peter Vincent to help stop the vampires next door. The movie put over 1,000,000 dollars into the makeup department, which was the first vampire film to do so. Fun fact: The name Peter Vincent is derived from Peter Cushing, and Vincent Price. Bet you didn’t know that! 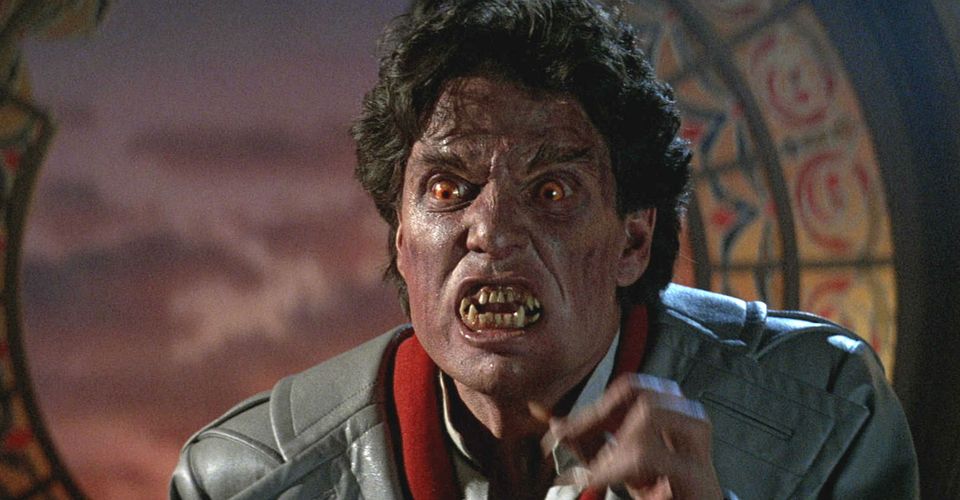 I’m really not into the whole “sexy vampire” thing, but holy shit, Selma Hayek. I like my vampires to be gritty and disgusting, but this one gives you both sides of the vampire spectrum. This movie is full of ass-kicking and great lines delivered by George Clooney. If those two aren’t enough, you also get Quentin Tarantino, Juliette Lewis, Cheech Marin, and Tom Savini playing a character named Sex Machine. If you’re in the mood for an action-packed movie full of terrifying vampires and gore, then watch this.

A fictionalized movie about the making of F.W. Murnau’s 1922 masterpiece Nosferatu, starring Willem Dafoe as Max Schreck. In the film, F.W. Murnau aims to make the most realistic vampire film possible, and so, hires a real vampire to play himself on screen. Duh. Wouldn’t you? His portrayal of Schreck is astounding and lands him the role of The Green Goblin in the Spider-Man movie two years later.

A vampire tells his epic life story: love, betrayal, loneliness, and hunger.  The narrative of Louis (Brad Pitt), a New Orleans plantation owner who gives up on life when his wife and daughter die, is told in Interview with the Vampire. He encounters Lestat (Tom Cruise) on a wild night and receives the gift and curse of immortality.

A very morbid and romantic film. This is one adaption of Dracula that really tries to stay faithful to the original. Gary Oldman does an outstanding job of portraying the count here. A great thing about this film is that they tried to use as many practical effects as possible, something that was becoming less and less common in film at this time period. Francis Ford Coppola, the director of the film, fired his entire special effects team when they insisted that they needed to use computers, and hired his son Roman instead. Take that, computer guys!

One of the most fun vampire movies ever. Kiefer Sutherland is great in this flick. I’m sure you’ve seen it, and if you haven’t, change that now. The crazy saxophone player in the beginning scene makes it all the more imperative that you watch this or rewatch this as soon as humanly possible. The Frog Brothers, Edgar and Allen, were named as an homage to a very important and influential poet. Can you guess who? Hint: if you need a hint for this, you’re doing something wrong.

The first of many Dracula films produced by the British film company Hammer, this is considered by many to be the greatest. Christopher Lee stars as Dracula, who will forever be debated as the best Dracula by many horror fans, pitting him against Bela Lugosi. This film was actually renamed from simply Dracula, adding “Horror of” in the front so it wouldn’t confuse people with Bela Lugosi’s version. Oh, and speaking of that…

An absolute classic. Bela Lugosi. That’s all I need to say. Classic horror nostalgia at its finest.

To this day, there has not been a vampire, or any other creature for that matter, to frighten me as much as Max Shreck (the real Max Schreck, not Dafoe’s fictional Max Schreck) did in his role as Nosferatu. It’s getting close to being almost 100 years old, and it still retains its scare factor. The silent nature of this film, mixed with the striking, colorless visuals still gives me nightmares at my current age.  Now that is how you do a movie right. Younger children may also recognize him from his small and hilarious cameo in Spongebob. Not only is this my favorite vampire film, but it’s also my favorite film of all time (tied with Evil Dead 2, of course.) The film almost didn’t see the light of day due to it heavily, heavily borrowing from Bram Stoker’s original novel Dracula. Eventually, copies surfaced, and I am so beyond grateful that they did.

And so we end another list of my top 10’s. There are so many vampire movies that I love, and it was very hard to cut some of them out, but I had to. The vampire is such an iconic monster that owes much of its popularity to the original novel by Bram Stoker of Dracula, which is why almost every movie on this list is either an adaption, a remake, or something in between. So go ahead, yell at me, agree with me, or debate each other in the comments section. As long as we’re talking about vampires still, I’ll be happy. Fangs for reading!

I’m sorry about that last sentence. I couldn’t help it.