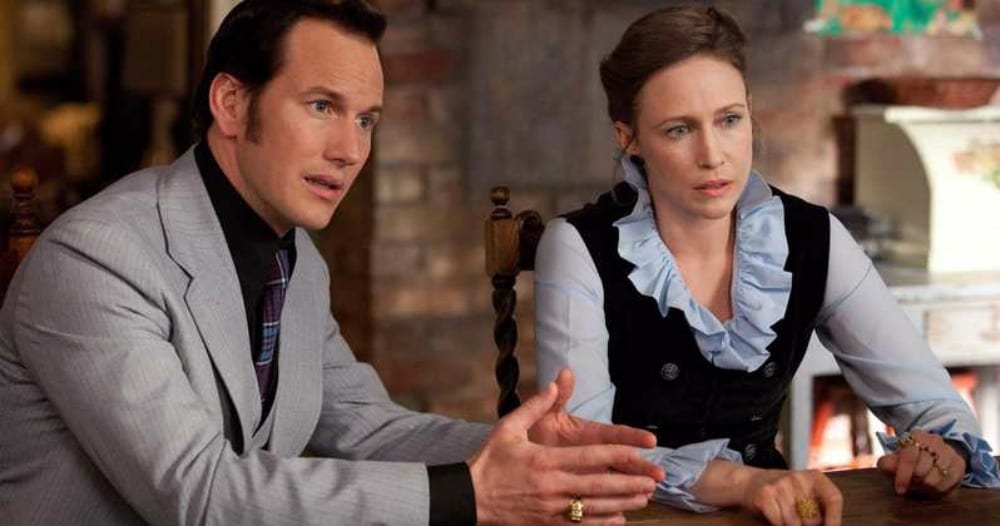 Franchise stars Patrick Wilson and Vera Farmiga have been confirmed to reprise their roles as Ed and Lorraine Warren in the as yet untitled third installment of Annabelle.

According to Deadline, Wilson and Farmiga will both appear in the film, though their characters will serve in a supporting role. Judy Warren, Ed and Lorraine’s daughter, will serve as the film’s primary focus.

The film takes place after the paranormal investigating couple have brought home the haunted doll and placed it in their artifacts room where, they assume, its evil can be contained. Instead, the powerful conduit awakens other items in the collection, and soon the rooms’ collective energy begins to attack an unsuspecting Judy.

Mckenna Grace, who recently appeared as young Theo in Netflix’s The Haunting of Hill House, will star as Judy alongside Madison Iseman.

The film will serve as the directing debut of Gary Dauberman (The Nun, IT) who also wrote the script. James Wan, who created the Conjuring universe after meeting and gaining permission from Lorraine Warren, returns as producer for Atomic Monster with Peter Safran from The Safran Company also producing.

The franchise has reached a massive audience earning more than $1.6 billion in the world wide box office with its most recent installment, The Nun, grossing $359 million and still counting.

This is largely in part to its incredible storytelling and to the acclaim of the franchise’s initial film, The Conjuring, in which Wilson and Farmiga first stepped into the roles of the world’s most recognizable and undeniably controversial paranormal investigators.

The Untitled Annabelle Project begins filming this week with a July 3, 2019 release date.