The Best Western Horror Movies You Can Watch Right Now 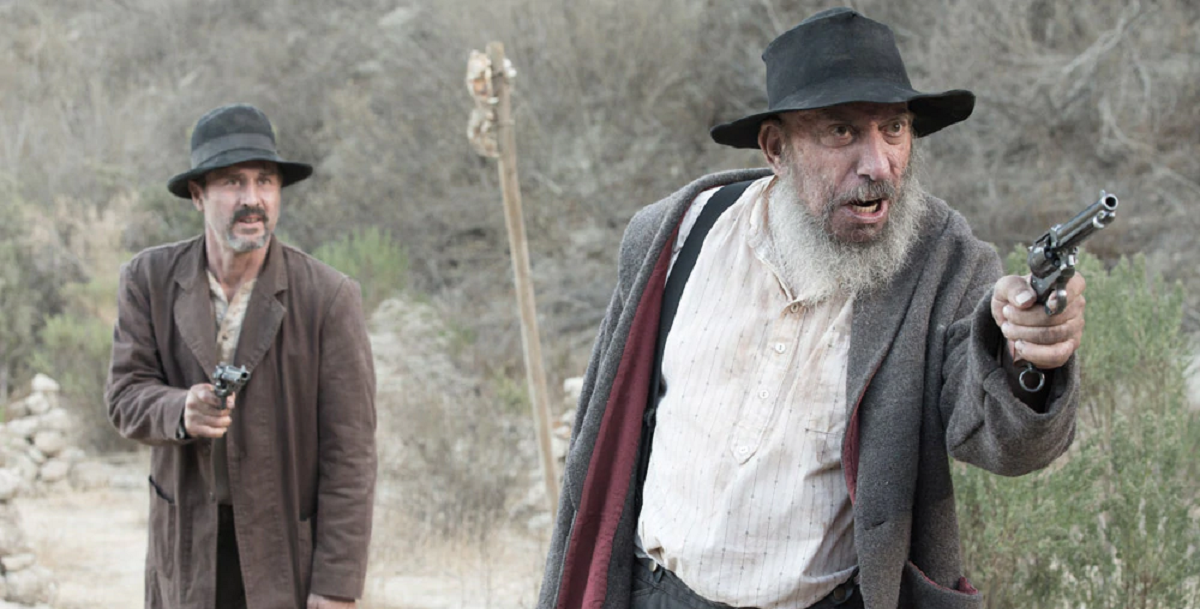 While it’s rare for different genre fans to occupy the same space, it’s hard to deny that the best western horror movies perfectly intermingle two distinct film types. Even if John Wayne isn’t your cup of tea, these movies combine the best of both worlds when they’re done correctly.

Whether you’re an avid western horror connoisseur or this is your first foray into the subgenre, the following films will certainly be a treat. Here’s a quick list in case you don’t have time to delve in deep, but take a minute to read the synopsis of each to see which films you might enjoy the most.

What do you get when you combine Guy Pearce, David Arquette, Jeremy Davies and one of the most unique western horror scripts out there? You get Ravenous. The film takes place in California during the 1840s. When a mysterious stranger shows up at a remote Army outpost with a horrifying story, soldiers set out to investigate his claims.

Toss in a tale of betrayal, rogue military officers and a healthy dose of cannibalism, and you’ve got one of the best western horror movies to date. With a solid 7-point rating on IMDb, you can rest assured that you’ll enjoy this entry into the fun subgenre. There’s also some quirky humor to enjoy, so go watch it now.

This list will certainly focus more on films, but how can we talk about western horror classics without mentioning the Execution episode of The Twilight Zone? This installment tells the story of a professor who invented time travel in 1960 – giving him a bit of a head start on Doc Emmett Brown.

Instead of jumping around in time himself, though, the researcher brings someone from the Old West into the future. Unfortunately, that person turns out to be a serial killer outlaw. Even worse, he was seconds from being hanged when he was snatched into the future. So, you can imagine he’s not too keen on being sent back like the professor wants.

If this 25-minute episode was expanded into two hours, it would certainly qualify as one of the best western horror films out there. When I first saw Dead Birds, it was one of the best movies on Shudder in my humble opinion. As of September 2020, the film can still be streamed on the service. This one goes all the way back to the Civil War and follows a group of Confederate deserters, a runaway slave and a nurse hiding out following a daring bank robbery.

In an attempt to get off the radar – although radar wasn’t a thing back then – the group hides out in an abandoned house. An abandoned house in the middle of a cornfield. There are ghosts of farmers and slaves along with a horrific creature. That creature’s existence is explained in a great twist ending that makes this one of the best western horror films out there.

Set in 1879, The Burrowers tells a terrifying story made more eerie by the interjection of real-world conflict. A rescue party is going through an unexplored territory, and this creates palpable tension with the Native Americans in the area. They have little choice, however, as they’re searching for a missing family.

As is the case with any of the best western horror films, there’s something strange going on. In this instance, the disappearance of the family has some mysterious undertones. What else would you expect, though, from any stellar horror film?

The rescue party is soon in need of rescuing itself, however, when it’s discovered that subterranean monsters were the culprits of the disappearance. With a 5.7 on IMDb, this is still a respectable entry to the genre. The American Film Institute defines a western film as one which is “set in the American West [and embodies] the spirit, the struggle and the demise of the new frontier.” With that in mind, you’ll have to forgive this author for naming a film that’s not set in the Old West to our list of best western horror movies.

Come on, though… it’s Tremors. Besides, it technically is set in the West and features the demise of the “new frontier.” Albeit at the hands of subterranean worms that can find you the moment your feet touch the ground. The film was so popular that it spawned six sequels in the 30 years following its release.

Kurt Russell heads up an all-star cast in Bone Tomahawk, and this could help explain its stellar 90 percent “Certified Fresh” rating on Rotten Tomatoes. To be completely honest, though, I’m less excited about the “all stars” and more giddy about Sid Haig and David Arquette.

Like Ravenous, this entry among the best western horror movies centers around cannibals in a desolate region. The film is set in the 1890s, and Kurt Russell plays the small-town sheriff tracking down the cannibals. If you’ve seen him in 3,000 Miles to Graceland or The Hateful Eight, you already know you’re in for a treat.

I could tell you that Sundown: The Vampire in Retreat has landed some respectable reviews. I could also tell you that it’s got a novel premise based on vampires who survive in the bright sun of the West with tons of sunscreen. It’s also pretty interesting that they feast on synthetic blood in order to avoid killing people.

I could even tell you that it’s developed a cult following after a straight-to-VHS release following the festival circuit. All these things could convince you that this might be one of the best western horror films out there. Instead, I’ll just say seven words: Bruce Campbell playing a bumbling Van Helsing.

If that’s not worth a watch, nothing is.

Okay, this one is a bit of a gamble. As of right now, there’s not even a definite release date for Death Rider in the House of Vampires. Come on, though. It’s a vampire western from Glenn Danzig and Julian Sands. Even better, it has Danny Trejo in it! Don’t let Trejo’s foray into the Animal Crossing world trick you – he’s still just as bada** as ever. Calling a movie “the darkest” on this list is certainly subjective. Once you watch The Wind, though, there’s a good chance you’ll agree. Variety said it’s “A melding of western legend and cabin-in-the-woods horror.” After a single viewing, though, I could sum it up with one simple word: unsettling.

The story takes place some time in the late 19th century. A tough frontierswoman and her husband are on a remote stretch of land, but the wife has an increasing sense of dread. This only intensifies when a newlywed couple show up. If you’re a fan of films like The Lodge or Gwen, this is one of the best western horror films you can find.

Did We Miss Your Favorite Western Horror Film?

This list consists of some of the better gems out there, but as is the case with all “best of” lists, it’s entirely subjective. So, what do you got? Does your list of the best western horror films have something I missed? Tell me in the comments!